The reason I’m writing about putting together a survival kit is every once in a while, there are stories about people that got lost in the bush. This did get me thinking of what I would do if I shared a similar fate. We spend quite some time in the bush, and to be perfectly honest did come across a few dodgy situations where tracks have been in far less than good condition or were gone entirely. Once I even turned around, not wanting to risk my life over what should have been a nice weekend hunting trip at a nearby hut.

To protect ourselves in those situations I got us a Personal Locator Beacon. Hearing of people that spend days, if not weeks lost in the bush even without some sort of basic survival kit, I absolutely think it was well worth it. I have to point out here, that you can usually borrow them from your local tourist office if you do not want to buy one at once.

However even in an ideal “Emergency Situation” where after realizing you are in trouble, you fired up the PLB it is safe to assume you are going to spend the night close to where you are right now as Search and Rescue operations are only conducted during daylight and sunset will likely be coming close by now.

This thought brought me to the conclusion that apart from a first aid kit I wanted an additional survival kit.

What has to be in a survival kit?

In a nutshell I wanted something small and light enough that I could be bothered carrying it all the time (and not leave it in the car because it was too heavy or big) while assisting me with spending a night in the bush before help could arrive. An entire kit having all the essential gear that I could just throw into the bottom of my backpack and forget about until I needed it. It would not make an overnighter a nice or comfortable experience but at least help me survive the night.

So, while I also often carry a Leatherman plus another gutting knife when on a hunting trip, I still wanted a small pocket knife to be part of the kit. Apart from a blade that I made sure is sharp, I also wanted it to have a wood saw (for shelter building) and small scissors. Even if I leave the other Knives at home because I am only planning to do a small day-hike the knife in the Survival Kit is always with me just in case.

Fire lighting gear certainly is a must have in a kit like this. But what I do not understand is why people keep fiddling around with all kinds of fancy ferrocerium rods and other “bush-crafty” methods of producing sparks. Just pack a firelighter, lightweight, cheap, and it works. You are worried that it could break down and not work? Put in two! A firelighter will produce a flame that will eventually even light damp kindling while your sparks won’t do anything. In addition, I prefer to put in a candle as well, just to have a bit of fuel to get a fire going when it is really wet.

Packing big amounts of clothing, blankets or a tent and sleeping bag simply was not an option due to size and weight. Space blankets (or mylar blankets) on the other hand are a very light weight and compact means to give you at least some degree of protection. They work by reflecting heat radiation (which can make up to 50% of your heat loss), and also are 100% watertight, this makes them suitable to be used as a kind of a tarp to build a rainproof shelter.

Also there is a space blanket variant, that is slightly bigger and made into a tube called an “emergency shelter”. With a bit of paracord you can build a small tent with this one and it still only takes minimal space and weighs next to nothing. Also, if you take the space blankets out of their zip lock bag, carefully stuff them into a vacuum bag and vacuum seal them they take even less space than before.

Assuming that I am still mobile and trying to find my way out, but my original means of navigation have broken down (i.e. GPS died) I do carry a compass with my survival kit. It does not have to be the most precise one as generally I will most likely just be trying to keep a general direction towards a known track or road or river/stream which will eventually lead me out of where I am at the moment. To be prepared it also pays to have a map of the local area with you.

Apart from that I also added a small whistle to be able to make loud noises to attract nearby search parties. It’s probably not the most important item but as they are small and lightweight, I might as well carry one.

The last thing that I consider to be important is a small light weight flashlight. A small AA-Battery driven LED one will be perfectly suitable. But keep in mind that batteries can deteriorate over time so you would have to check that the battery is still good every once in a while. We all know that that is not going to happen. Hence, I opted for a simple dynamo-driven flashlight. No battery means I don’t need to worry about them going flat and while it is not the brightest flashlight it certainly will be very useful in an emergency situation. Because spending the night in bush in the dark certainly stinks.

Unnecessary weight in a emergency kit

What I certainly did not want to include was any food because it would simply be too heavy. Yes, having 72 hours worth of food with you when you get lost in the bush sounds nice. However the reality is just that you simply wouldn’t bother carrying all that stuff with you all the time. And a basic survival kit is indefinitely better than no survival kit at all. Plus, there are plenty of instances where people survived for weeks in the bush without any food. Yes, it would be nice to have something to eat but you can make it without for quite some time.

The same goes for water. I usually carry one or multiple bottles of water anyway. Extra water in my survival kit, that would eventually go stale and makes it much heavier is not a good idea in my opinion. Instead I opted for a small lightweight water filter, as in most places over New Zealand you will be able to find water. What I also included is a small lightweight stainless-steel cup. So if I have a fire going, I can boil water to make it safe to drink. Plus, if I add 2 vacuum sealed bean bags (small and lightweight!) of coffee even in an emergency situation I can tend to my caffeine addiction.
So, food and water don’t have to be part of an emergency kit itself, but you should always take an appropriate amount of food (calories) and water, with you when going outdoors.

Make your own thoughts

So, after establishing what I want a Survival kit to incorporate, I started looking around to see what is available from other New Zealand shops. Sadly, I wasn’t really impressed with what was available.

There are a few survival kits available which claim to make you last for 72 at least hours or longer. However while they do have some of the items that I would want, they also added a lot of unnecessary stuff like packed rations while they lacked on other aspects. Those kits to me seemed more like “Bug Out Bags”. These are the ones that you have at home and grab on the way out when the House is on fire or there’s an Earthquake/Tsunami. They might be nice but also are way too heavy to take on a hike, and those emergency rations are way overpriced for what they are anyway. Usually I still feel hungry after one. What I want to say is don’t buy a survival kit just because there is more in it. Make your own thoughts and think what is important for your needs. Keep it to a sensible minimum with regards to weight and size.

In the future we will post more articles on how to prepare your own healthy and cheap emergency food rations. All this led me to the decision to design my own emergency survival kit I now carry with me on every hunt and hike. This and an upgraded version of that one soon will be available for you to buy. Check it out at 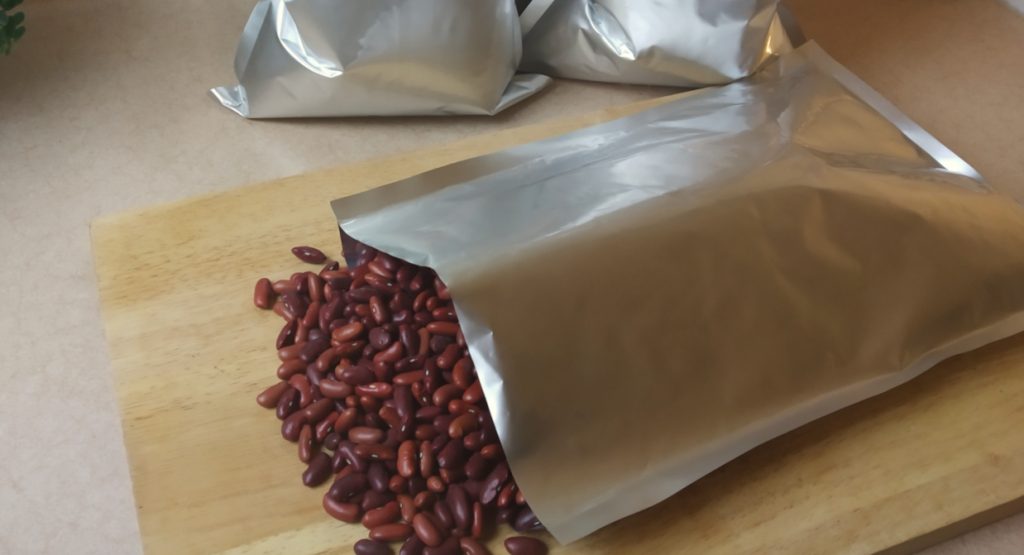 All orders are shipped the next business day. Dismiss